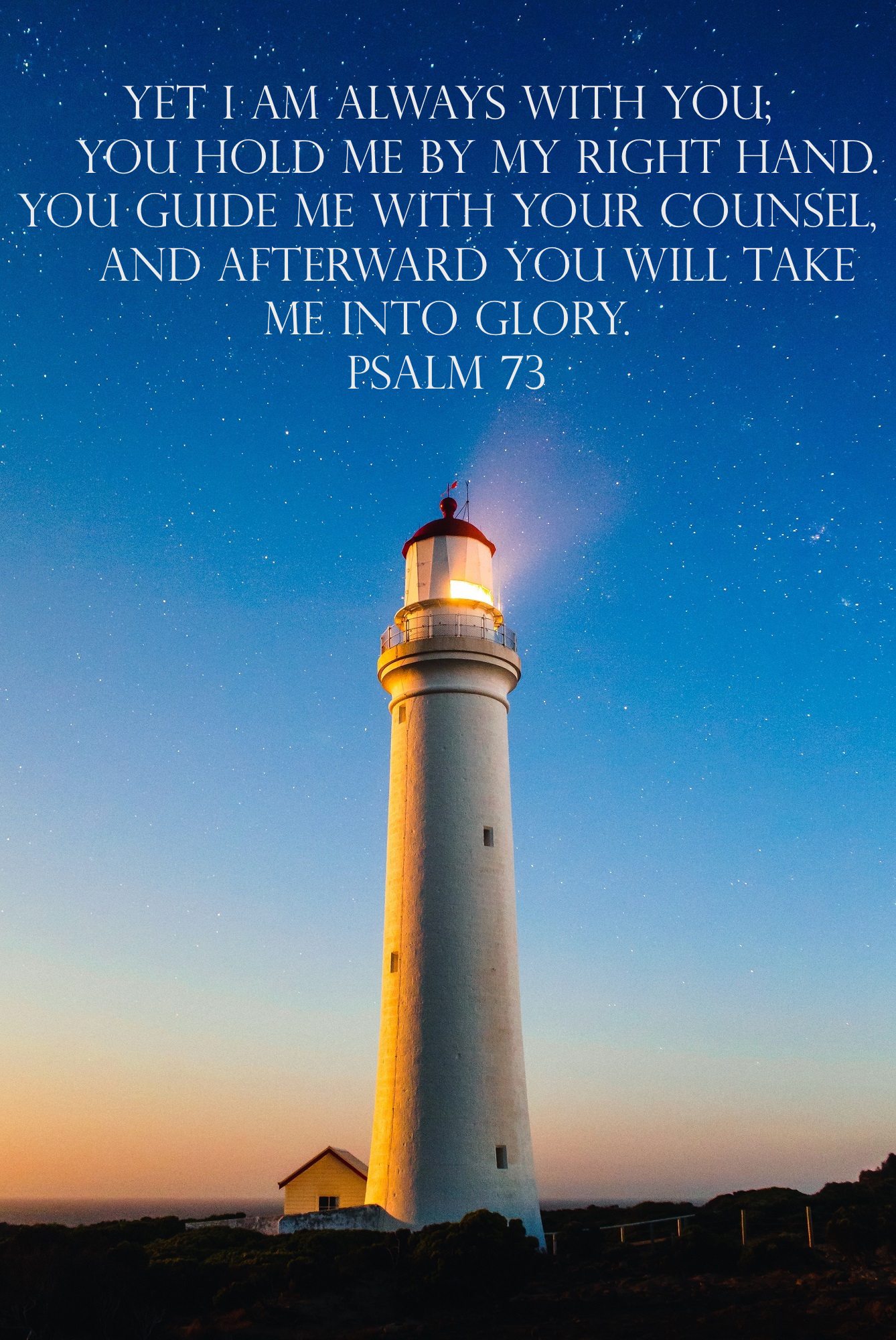 The darker the night, the brighter the stars
Everything’s fun to a young heart
When you find out what your heart used to be
It’s gonna to feel like you’ve been dreaming

Love, if you want the truth
Anything’s possible
You can walk upon the moon
Or you can watch it roll
It’s never in the stars, it’s in your heart
Yeah, you’ll be kicked around
But get up anyway

It had been years since I’d seen so many stars. Stardust from the Milky Way, flung out across the galaxy, stretched out above me over the ocean. It was mid-October and the chill of autumn was just arriving on the salty wind. Out on that island, miles from urban light pollution, on the far eastern edge of the continent, I found myself sitting alone in the dark on an isolated stretch of beach. This was just what my soul needed. I was parched spiritually. Worn down, wearing thin. And I had an appointment out there. Someone to meet.

Summer had taken a toll. The whole “never be lacking in zeal and keep your spiritual fervor serving the Lord” thing was proving difficult. I had relocated my family two years earlier to start a new church with big dreams and high expectations. But now the honeymoon phase was over. Things were moving along, but not nearly at the pace I had envisioned. A close friend had recently turned away from the church and pushed me out of his life after months of studying the Bible together. Another young man, our first convert on campus, also walked away. To complicate things further, my family’s finances were on thin ice. When we moved to plant the church we were unable to sell our old home so we rented it out. But my tenant left prematurely so now I was struggling to cover two house payments in two different cities. For the first time I found myself pondering such concepts as foreclosure and bankruptcy. All of this was weighing on my mind… and my marriage. Lisa and I were also clearly past the honeymoon phase. A decade in and three children deep, it seemed that tension and friction had become commonplace over the past two years. I still loved this woman deeply, but I felt somehow less capable than ever of meeting her needs. And then, as the summer drew to a close, one of my closest friends—he had moved with me to start the church—found out unexpectedly that he had throat cancer and needed immediate surgery with aggressive radiation treatment. He was 39, just four years older than I.

By September, I realized I was angry with God. I was taking a morning prayer walk when it hit me, “I’m mad at you, God. And I’m disappointed in you.” This was a new feeling for me. It stopped me in my tracks. I recognized this was going to be a longer conversation—maybe more of a wrestling match. So I let God know that we’d have to finish this talk later. And I quickly solidified plans to leave town, just me and God, for a two-night camping trip the following month to the Outer Banks of North Carolina.

When the time came, there were a hundred reasons not to go, as if the trip itself was being opposed by some sinister force—which was fitting since that’s pretty much how my life felt generally at the time. Hurricane Joaquin showed up and pounded the coast with flooding rains. The Outer Banks and Cape Hatteras National Seashore can only be reached from the south by ferry. Due to the storm, the roads were closed and the ferry stopped running. But I needed this trip. So I threw my tent, sleeping bag, Bible, and surfboard in the car and set out by faith. As I drove north over the backroads all through the morning hours, the floodwaters receded off the pavement into the marsh and they announced the ferry was finally back on schedule. While I drove, I prayed through my entire life, thanking God for seeing me through each stage. That was good. But God was far from done with my heart. I arrived at the ferry and boarded. Like Jonah, running across the sea.

The ride across the Pamlico Sound takes two and half hours. I sat out on the deck in the sun for a bit then promptly went inside and fell asleep. When I awoke I felt it was time to open the Bible and see what God had to say to me. I’d been learning about how God speaks to us. Now I’m not one for hearing voices or anything, but let me tell you, God had a lot to say on that trip. And it started there on the boat. I opened to Psalm 73. I nearly bypassed it, thinking that passage is for less mature Christians. But I lingered there and began reading:

Surely God is good to Israel,
to those who are pure in heart.
But as for me, my feet had almost slipped;
I had nearly lost my foothold.
For I envied the arrogant
when I saw the prosperity of the wicked.
They have no struggles;
their bodies are healthy and strong.
They are free from common human burdens;
they are not plagued by human ills.
Therefore pride is their necklace…
Surely in vain I have kept my heart pure…
All day long I have been afflicted,
and every morning brings new punishments.

Yep. God was talking all right. Starting with those lines it was as if God was gently, but firmly, discipling me. Just me. In my face. These words described exactly what had been building up inside of me. I was looking over the fence and the grass sure looked greener over there. Those who weren’t engaged in the Christian battle seemed to have a much easier time than I was having. But then I saw the line: “Therefore, pride is their necklace.” And right there, I remembered: I’m a prideful man. I mean really prideful. God needed to humble me again.

The ferry docked in Ocracoke and after another hour or so of driving and a second hour-long ferry ride, I finally arrived at my campsite in Buxton. I hastily set up my tent then drove out to the beach in the middle of the night to see what else God had to say. I pulled off the road hoping to find a trail over the dunes. There happened to be a path right there by my car. Turning on my headlamp, I found my way through the darkness until I reached the beach. There in the sand, right in front of me, was a random chopped tree stump, with no trees anywhere nearby. It was as if Someone had set out a seat for me. So I sat down, wondering what was supposed to happen next. Turning back to Psalm 73, I continued reading:

When I tried to understand all this,
it troubled me deeply
till I entered the sanctuary of God;
then I understood their final destiny.
Surely you place them on slippery ground;
you cast them down to ruin.
How suddenly are they destroyed,
completely swept away by terrors!
They are like a dream when one awakes;
when you arise, Lord,
you will despise them as fantasies.

Shifting my gaze up toward the innumerable stars overhead, I felt as though I had entered the sanctuary of God. He was putting on a show just for me. I felt loved and frightfully humbled all at once. I was alarmed that my heart had been on such slippery ground, tiptoeing dangerously close to destruction. That’s where my pre-Christian life had been heading. And that’s where I would head once again if I started lusting after an easier life, away from the spiritual battle.

The next morning I paddled out into the best surf session of my life. Overhead waves hurtled me back toward the Cape Hatteras Lighthouse over and over. It was a kiss from God. Then I headed back to that same spot of quiet beach from the previous night and opened back to Psalm 73 for the third time:

When my heart was grieved
and my spirit embittered,
I was senseless and ignorant;
I was a brute beast before you.
Yet I am always with you;
you hold me by my right hand.
You guide me with your counsel,
and afterward you will take me into glory.
Whom have I in heaven but you?
And earth has nothing I desire besides you.
My flesh and my heart may fail,
but God is the strength of my heart
and my portion forever.
Those who are far from you will perish;
you destroy all who are unfaithful to you.
But as for me, it is good to be near God.
I have made the Sovereign Lord my refuge;
I will tell of all your deeds.

I’ll admit it brothers. I cried. “Yet I am always with you; you hold me by my right hand.” Amazingly, in spite of my brute beast mentality of late, God had never left my side. And I was reminded that earth has absolutely nothing that I desire besides God. It’s just so good to be near God. So here I am, telling of all his deeds in the hope that they will encourage someone out there whose feet have almost slipped. If you’re on slippery ground right now—or if the whole earth is caving in around you—let me urge you to cling ever tighter to the Father. Do not give in. Humble yourself. Find your Gethsemane. Get away with God and fight through it in prayer. Search the Scriptures and see what he has to say to you. Turn down the noise of life and listen for the Father’s voice.