What Is Highly Valued

Home > Articles  > What Is Highly Valued 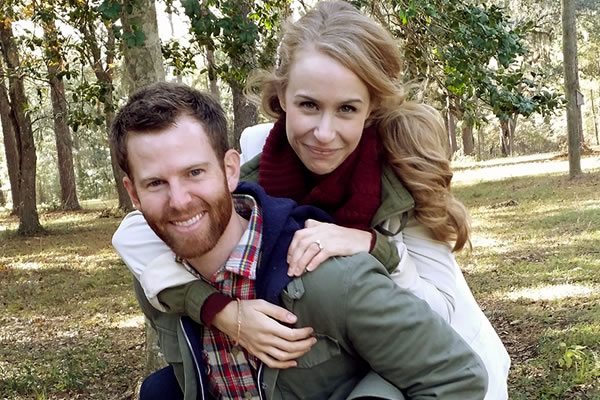 24 Jun What Is Highly Valued

“I wish I was one of those people who didn’t care what people thought about me,” I grumble to myself. “Then everybody would think I was so cool!”

My ridiculous, pathetically flawed logic has misguided me more times than I care to admit. While I have tamed my thoughts and trained my mind considerably over the years, I still sometimes find myself assailed by desire for worldly approval. The truth is that many of us value what others think far too much, to the point that we cringe even at the thought of admitting our weakness or asking for help. Sometimes we try so hard to be what the world around us values that we forget what matters to God, and to ourselves, and we become something very unlikeable—even shameful—in the process.

Not that receiving approval or praise from men is inherently wrong. God himself wants praise from men—in fact, He commands it. Unlike us, however, God always deserves praise, he can’t be corrupted by it, and he will never compromise his righteousness to receive it. You and I, on the other hand, are not so infallible, and we are prone to seeking man’s praise for the wrong things, or instead of God’s approval (John 12:43).

So what does the Bible teach us here? If our value does not come from worldly things, how are we to properly view ourselves? The answer begins in the Bible’s very first chapter: “So God created mankind in his own image, in the image of God he created them” (Genesis 1:27). Have you ever thought about that? You and I are made in the image of God Almighty. This means that we are actually—wait for it—pretty awesome!

Some of us associate Christianity with condescending people expounding that we are more akin to earthly scum. This idea hearkens to sermons like that infamous message preached some 200 years ago by Jonathan Edwards, who railed on his New England congregation, “The God that holds you over the pit of hell, much as one holds a spider or some loathsome insect over the fire, abhors you…His wrath towards you burns like fire; he looks upon you as worthy of nothing else but to be cast into the fire…you are ten thousand times as abominable in his eyes as the most hateful, venomous serpent is in ours.”

While all this talk of fire and serpents and spiders and God in the same sermon has the makings of a disturbing Tim Burton Christmas movie, it doesn’t exactly make me want to commune with the god it describes. Far more motivating to me is the two thousand year-old gospel that speaks of a relationship with the Almighty Creator who made me in his image and sent his Son to redeem me when I fell pathetically short of that glorious image (Romans 3:23). Jesus restored us to that glory from which Satan felled us—that very glory God intended us to possess all along.

The LORD himself described David as “a man after my own heart.” In the eighth Psalm that same man penned these words:

What is man that you are mindful of him,
the son of man that you care for him?
You made him a little lower than the heavenly beings
and crowned him with glory and honor.
You made him ruler over the works of your hands;
you put everything under his feet…

The passage can also be translated, “You made him a little lower than God.” Whether a little lower than the heavenly beings or a little lower than God himself, what a compliment and a gift from our Creator! For David, this realization was at once awe-inspiring, confidence-endowing, and deeply humbling. Just look at the wholesome confidence it gave him from boyhood to old-manhood. Yes, God intends for us to humble ourselves before him, yet also to walk with all the confidence of men who bear the image of Deity! This understanding, my brothers, is the source of true confidence: No matter what others think or say and no matter how you may feel, it’s a fact: You bear the likeness of God.

Lucifer encountered the same realization as David, but the facts infuriated him. Not content with being a little lower than God, he became so embittered, jealous, furious, that he sought to usurp God’s power, waging a rebellion in heaven. God cast him to the earth, where he, as our defeated but cunning and powerful foe, now seeks to lure us away with the same vanity that felled his own position in heaven.

Athletic prowess, physical attractiveness, cognitive superiority, self-assurance, wealth, careers, trophies, accolades, doting women—Satan dangles before us a veritable but elusive smorgasbord of worldly treats and bragging rights. In our coveting grasp they rocket us to heights of arrogance and, flittering away, send us spiraling into groveling insecurity. How about you? Where are you turning for your confidence? Do you seek confidence in your relationship with God, knowing that by his grace He made you in his image? Or do you view yourself through worldly eyes? The latter will lead to one of two outcomes—and sometimes both at the same time: arrogance or insecurity. Arrogance when we possess and do the things that the world praises, or insecurity when we don’t.

Decide not to regard anyone—starting with yourself—from a worldly point of view (2 Corinthians 5:16). We must decide not to crave that which is not always evil but can never satisfy the soul. Otherwise, no matter how impressive we seem on the outside and no matter how well we fool others—even ourselves—about our religion, we risk becoming what Jesus describes as mere “whitewashed tombs, which look beautiful on the outside but on the inside are full of dead men’s bones and everything unclean” (Matthew 23:27).

I praise you because I am fearfully and wonderfully made;
Your works are wonderful, I know that full well.

You see, David knew that God had formed him deliberately, with great care, and wonder. Knowing full well that all of God’s works are wonderful, David lived convinced that he himself must be wonderful. Rather than fretting and questioning God for those features and traits about himself that David might have wished to change, he praised God for making him exactly as He had intended—his body build, size and color, his mind, personality, temperament, and soul—each strength, imperfection, and idiosyncrasy.

May we reclaim David’s humble, God-given right to confidence that Satan forever seeks to steal, and may we draw on those words the LORD spoke through the prophet Jeremiah:

Cursed is the one who trusts in man,
who depends on flesh for his strength
and whose heart turns away from the LORD.
He will be like a bush in the wastelands;
he will not see prosperity when it comes.
He will dwell in the parched places of the desert,
in a salt land where no one lives.

But blessed is the man who trusts in the LORD,
whose confidence is in him.
He will be like a tree planted by the water
that sends out its roots by the stream.
It does not fear when heat comes;
Its leaves are always green.
It has not worries in a year of drought,
and never fails to bear fruit.

It’s time to make a decision—not always easy to carry out, but powerful, and far better than any alternative: Put your confidence in God. And be proud of the way he made you, for God is proud of his work.