Posted at 17:18h in Reports From the Field by Warrior Staff 0 Comments
0 Likes
Share

This article first appeared at JonSherwood.com. Thanks for sharing, Jon! We had a great time in the mountains with the 200+ warriors who gathered there last weekend! Check Facebook.com/warriorforthelordbook for photos!

True manhood. What is it? Why is it so hard and elusive? Why does it seem to be so devalued these days? Where have all the warriors gone? 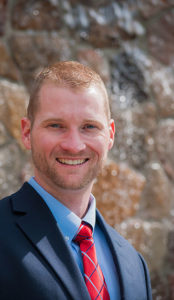 This past weekend I had the privilege of being a part of a men’s Warrior retreat put on by the Charleston Church of Christ with guest speaker Sam Laing who recently wrote a book called Warrior – A Call To Every Man Everywhere.

The venue was the incredibly scenic North Carolinian Appalachian Mountains during the fall changing of the color guard. The cool crisp mountain air along with the beautiful reds, magnificent yellows, blazing browns, and the remains of lush greens came together to weave a tapestry that reminded us all of the wonders of God (Rom 1:20).

The weekend held many opportunities to develop and understand what true, Godly manhood is all about, and we stripped away and exposed the lies that the world fights so hard to get us to believe about what being a man is all about.

During the retreat there was a team obstacle course that took the men up the mountain allowing for physical challenges, camaraderie, competition, and personal victories. BB gun marksmanship, dodging paint balls from attackers, scaling trees hanging in the air, moving logs together as a team and racing up steep rocky inclines were amongst the many challenges faced in the Warrior Course! All who could participate had a great time and it was a bonding experience for everyone, with two teams even tying for the championship!

We also enjoyed small discussion groups with the same group of men throughout the weekend in which we were able to talk, absorb, and process the various topics that Sam was presenting about Godly manhood. There was openness, honestly, confession, and even tears. Things that can be so elusive for men. We talked about biblical manhood, what it meant to have a warrior spirit like God, and being willing to fight for what is truly important. We talked about the battles of fear, discouragement, anger, bitterness, purity, pride, and selfishness, as well as learning how to fight along side other warrior men, not isolating ourselves, which can be so easy to do as men.

What I personally appreciated the most from the weekend, other than the personal bonding I was able to create and grow amongst a few men, was when Sam spoke about being a warrior in the three stages of manhood. He broke a warrior’s life down into three stages or phases: the young warrior (teenager to late 20’s), the mature warrior (late 20’s to late 40’s), and the seasoned warrior (50+). He emphasized that no matter what stage we find ourselves in, although our battles will look different at each stage, we are to be warriors for the Lord in every one of them!

Perhaps because it was most applicable to me as I am in the mature warrior phase personally, but I particularly appreciated his recognition of the intense battles that a mature warrior faces during this stage. It can often be when men, and their families, are taken out by the evil one, with the rising pressures of work life, the increasing responsibilities of family and children, the allure and deception of wealth, the struggles of marriage and monotony, the battles of loneliness and singleness, and the forces of conforming to the world, it can be a particularly intense battleground. He also stressed the importance of the seasoned warriors not fading but intentionally mentoring, discovering, and stepping into a different role as they allow the mature warriors to rise up and take more of the public leadership and decision making positions throughout the church. This is something I believe is vitally important for us, and that we continue to figure out how to do it well, as we look to pass the gospel on from one generation to another (Ps 78:1-8). The mature warrior is an essential part of this process, as maintaining the unity of the believers while allowing the Spirit to lead Jesus’ church in new directions and to the next generation is one of the greatest stewardships of all.